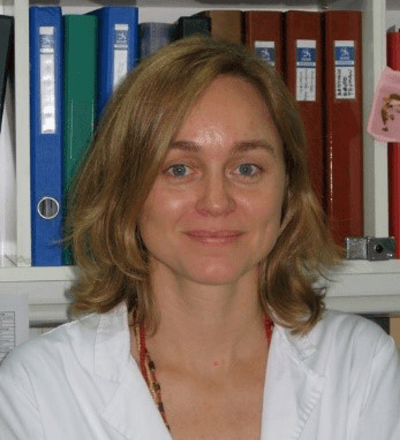 Maria Vicario received her degree in pharmacy at Complutense University in Madrid, Spain and her Master’s degree and PhD in physiology of the gastrointestinal tract at the University of Barcelona, Barcelona, Spain. She then developed research studies on gastrointestinal barrier mechanisms at McMaster University, Hamilton, ON, Canada; Cincinnati Children's Medical Center, Cincinnati, OH, USA; and Linköping University, Linköping, Sweden. From 2011 to 2019, Dr Vicario was leading the Translational Mucosal Immunology group at Vall d'Hebron Institut de Recerca in Barcelona, Spain, and in 2019 joined Nestlé Research in Lausanne, Switzerland as head of the Gut Physiology group.

Dr Vicario’s research interest is focused on the identification of neuro-immune mechanisms associated with functional gastrointestinal disorders, mainly functional dyspepsia and irritable bowel syndrome, and the study of the immune-mediated pathophysiological mechanisms in eosinophilic oesophagitis and inflammatory bowel disease.

During her career, Dr Vicario has published over 50 original articles in scientific journals, has led national and international preclinical and clinical studies, and has received recognition from her work from gastroenterology societies such as the Rome Foundation, the American and the European Neurogastroenterology and Motility societies, the American Gastroenterology Association and the Spanish Society of Digestive Pathology.